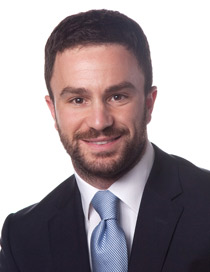 Jeffrey M. Thomson is a partner in the Birmingham, Michigan office of Morganroth & Morganroth, PLLC. He joined the firm in 2008 upon his graduation from Wayne State University Law School. Mr. Thomson concentrates his practice in the areas of complex commercial and business litigation, intellectual property, labor and employment, insurance, alternative dispute resolution and white collar criminal defense.

Mr. Thomson has been selected to the Michigan Super Lawyers Rising Stars list for the years of 2013-2018. Each year, no more than 2.5 percent of the lawyers in the state are selected by the research team at Super Lawyers to receive this honor.

Mr. Thomson has successfully counseled and represented many individuals and businesses at the trial and appellate levels. Examples of the types of matters which Mr. Thomson has handled include: