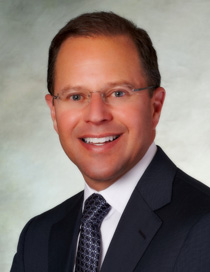 Mr. Morganroth represents plaintiffs and defendants in court matters in numerous different state and federal courts and jurisdictions as well as in arbitrations, mediations and appeals, including the United States Supreme Court, Michigan Supreme Court, Washington, D.C. Court of Appeals (highest Court of the District of Columbia) and United States Court of Appeals in various Circuits.

Examples of the types of matters that Mr. Morganroth has handled include:

Mr. Morganroth has spoken and/or presented at conferences dealing with various legal issues or cases across the country.

Mr. Morganroth is licensed to practice law in the States of Michigan and New York, and Washington, D.C. He has been admitted to practice in numerous federal courts and appellate courts, including the Supreme Court of the United States, as well as pro hac vice in many different states. Mr. Morganroth is a member of Oakland County, New York, Washington, D.C. and The American Bar Associations, as well as the American Association for Justice, the Michigan Association for Justice and the Mass Tort Trial Lawyers Association. He is a Michigan State Bar Foundation Fellow and an Oakland County Bar Foundation Fellow. Mr. Morganroth is rated "AV Preeminent" by Martindale-Hubbell/LexisNexis, the highest possible rating in both legal ability and ethical standards, and he is listed in Super Lawyers, and the National Law Journal's top lawyers in Michigan and top lawyers in New York.

Mr. Morganroth is recognized as a 2017 Top Lawyer in The Global Directory of Who’s Who. Mr. Morganroth has also received the American Institute of Legal Counsel Client Satisfaction Top 10 Best Award.