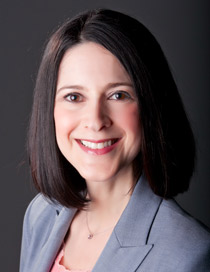 Cherie E. Morganroth is a partner in the Birmingham, Michigan office of Morganroth & Morganroth. She practices in the areas of civil, corporate, and business litigation, alternative dispute resolution, appellate practice, and family law. Ms. Morganroth joined the firm in 1992 after graduating from Wayne State Law School.

A few examples of some of the types of matters that Ms. Morganroth has handled include:

Ms Morganroth graduated from the University of Michigan in 1989, where she received her B.A. in Psychology. She received her Juris Doctor from Wayne State Law School in 1992. Ms. Morganroth is licensed to practice law in the State of Michigan, in both state and federal courts, as well as the United States Court of Appeals for the Sixth Circuit.

Ms. Morganroth is a member of the American Bar Association and the Michigan State Bar.